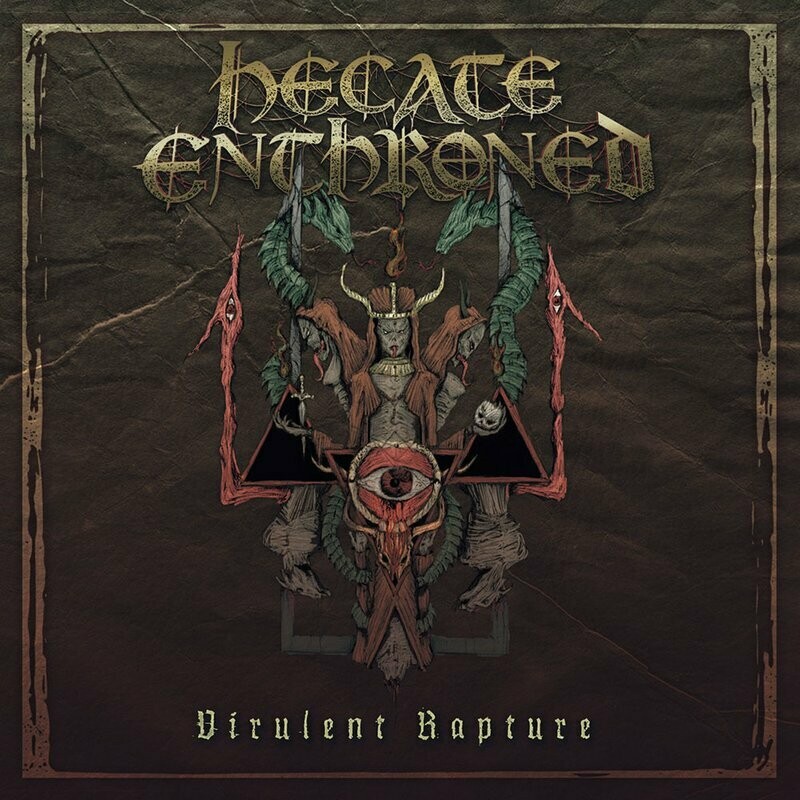 On the heels of the 2019 release of pioneering British blackened death metal group HECATE ENTHRONED's acclaimed sixth album “Embrace of the Godless Aeon,” M-Theory Audio is proud to reissue its 2013 predecessor, “Virulent Rapture.” Hailed by New Noise Magazine as “an absolute must for fans of extreme gothic metal,” the album – which has been out of print for several years, and never before available on vinyl – features guest vocals by Sarah Jezebel Deva (Cradle of Filth, Mortiis, Therion), recolored artwork by Nestor Avalos (Bloodbath, The Black Dahlia Murder) and a new layout design, including personal liner notes by the band.

One of the UK underground's longest-running and most respected acts, HECATE ENTHRONED has been praised by the likes of Terrorizer for their “mixture of death metal aggression with black metal atmosphere.” Originally co-founded in Wales by guitarist Nigel Dennen in the mid-1990s, the band is dedicated to delivering their own brand of evil metal with little regard to politics or the trends of popular demand. The group's 1997 debut, the Andy Sneap-produced “The Slaughter Of Innocence, A Requiem For The Mighty” (Blackend Records), was a seminal release in the then-burgeoning orchestral black metal movement. Since then, several full-lengths and EPs and numerous live performances have firmly established the band as one of extreme metal's most important voices.

Save this product for later
Display prices in: GBP